IT Pro Holiday Survey On State Of The Tech Job Market 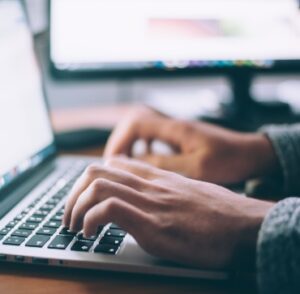 In late September of this year, SolarWinds, a leading provider of simple, powerful, and secure IT management software, unveiled the results of a new survey examining the state of the technology job market amid industry-wide labor shortages and hiring challenges. The survey, released to coincide with the eight-annual IT Pro Day holiday, found that despite a potential economic downturn, more than two-thirds of tech and IT professionals surveyed said they’re completely confident in their career choices. But with the “great resignation” resulting in millions of employees leaving the workforce or changing jobs, only half of survey respondents felt their companies have been adequately staffed in recent years.

To combat these staffing issues and recruit during a historically tight labor market, 59% of respondents said their company has added more flexibility in hours and work location, while a third (33%) said their employer has increased pay. Meanwhile, when asked what’s most important to them in their careers, IT pros ranked salary and work-life balance highest.

· More than two-thirds (67%) of IT pros surveyed say they’re completely confident about their career choice, even in the face of a potential economic downturn. However, a third (33%) did say they’re at least a little worried about their job futures.

· 22% started a new job within the last year, and a full 51% percent said they’d at least considered doing so.

· But less than a third (34%) of those who changed positions said they loved their new job. 15% said their new position is worse than their previous one, while 54% said their new role is about the same.

· When asked to rank what’s most important to them in their careers, pay and work-life balance were the top two responses chosen by IT pros.

· However, nearly a third (31%) of respondents say they don’t feel fairly compensated in their role, and only 4% believe they’re overpaid.

· Respondents were split on whether their companies had been staffed appropriately over the last two years, with half (50%) saying they feel like they’re doing two jobs and the other half (50%) replying their company is staffed adequately.

· But for those respondents who feel their company is understaffed, relief may not be coming right away—46% of respondents say their company has now either slowed or frozen hiring amid a potential economic slowdown.

“The new SolarWinds survey makes clear IT and technology sectors haven’t been immune to the staffing challenges posed by the ‘great resignation’ and pandemic,” said SolarWinds Head Geek™ Thomas LaRock. “This is particularly challenging for IT teams because they’re not only feeling understaffed but also are expected to do more with less as network environments become increasingly complicated. Remote work and hybrid and multi-cloud environments have made it extremely difficult to keep networks—and businesses—running smoothly but these IT pros show up every day to get the job done.”

To see the full survey results, please visit the link below and check out the IT Pro Day website: IT Pro Day